Today Rewire announce the first artists performing at the tenth edition of Rewire festival, taking place in The Hague from 3 to 5 April. Happening across more than 15 venues and different sites throughout the city, the annual festival continues to showcase emerging developments in contemporary music around the world. The central thread running through the Rewire 2020 programme is (Re)setting: examining the way humans and sound relate to changing environments. In an era defined by man’s interaction with nature and advancing technological developments, (Re)setting considers new listening experiences, urbanisation, the changing rural landscape and the ecological crisis. Festival Passes are now on sale with a €10 discount at rewirefestival.nl/tickets.

As haunting as the legacy it soundtracks, Hildur Guðnadóttir will present her Emmy-winning and Grammy-nominated score for the HBO hit series ‘Chernobyl’. The celebrated Icelandic composer will perform processed recordings captured from Ignalina (the decommissioned power plant in Lithuania where the series was filmed) and live vocal orchestrations spatialised around the Electriciteitsfabriek, a working power station in the centre of the Hague. Renowned wildlife recordist Chris Watson and sound artist Sam Slater will join Guðnadóttir on stage. ‘Chernobyl’ is co-commissioned by Rewire, Barbican, Dark Mofo and Unsound.

Trained pianist and Grammy-nominated composer Jon Hopkins has forged an evocative style of electronica over five acclaimed solo albums and world-touring live performances. At Rewire 2020 Hopkins will present the Dutch debut of ‘Polarity’, a new concert for piano, strings and electronics, alongside a small group of consummate musicians at the Zuiderstrandtheater in Scheveningen.

Between 2016 and 2019 Leyland James Kirby devoted his The Caretaker alias to sonically charting the advancement of Alzheimer’s disease from “beautiful daydream” into an “abyss” of confusion, horror and isolation across a series of six albums. At Rewire 2020 Kirby will present a new show combining music from the series with live visuals, inspired by The Caretaker’s iconic cover artwork by painter Ivan Seal, from Aphex Twin collaborator Weirdcore.

The Hague-based artist Leo Svirsky returns to Rewire to expand upon his acclaimed Unseen Worlds debut, ‘River Without Banks’. With this special commission, the Russian-American composer will perform together with a large ensemble of internationally renowned musicians and composers, including Reinier van Houdt, Germaine Sijstermans, Johnny Chang, Catherine Lamb, Bryan Eubanks, Luke Stewart and many others. Created through an extensive collaborative process, the River Without Banks immerses the listener in never ending reverberation, unbinding place and time and blurring the perception of past and present.

Prolific experimental composer and musician James Ferraro will present a new audiovisual show based on his latest great epic work, ‘Four Pieces of Mirai’. Building a philosophical allegory around the decline of civilisation, Ferraro offers a dystopian future cloaked in a contemplative generative music score, accompanied by specially arranged digital and woodwind instruments at Rewire 2020.

Irreverent Japanese quartet OOIOO bring their new album, ‘Nijimusi’, to Rewire 2020. Approaching their instruments simply as “objects that make sounds” on their eighth studio album, after a six year production hiatus the band return as a more conventional rock ensemble – or do they? Oh-oh-eye-oh-oh!

Underground supergroup Ex Eye, made up of storied musicians Colin Stetson, Greg Fox, Shazad Ismaily and Toby Summerfield, will bring their righteous fusion of metal and avant jazz for a cathartic show at Rewire 2020.

More artists and projects, as well as an extensive discourse programme of talks, workshops and screenings will be added in the coming months.

The first artists and projects confirmed for Rewire 2020:

Tickets
Rewire 2020 Festival Passes grant access to all festival activities* from 3 to 5 April, and will be released in three stages. *Please note that Jon Hopkins presents Polarity is not included in the Festival Pass. You will need to purchase an additional Plus Ticket for €15. 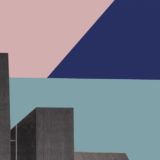