Dominic Harrison a.k.a. YUNGBLUD, the 21 year old, rocking Enlishman from Doncaster is coming to The Hague! Yungblud describes himself as a ”socially consious artist who is not afraid to provide genre bending protest songs.” In a very short time YUNGBLUD put himself on the map and he has been travelling the world for sows. He knows how to get the audiance to come along with him with his catchy tracks such as ”I love you, will you marry me” and ”Tin Pan Boy”.

His debute album – 21 Century Liability – that recently released is also the theme of the tour that will keep this artist busy for a while. Not only his first album is a fact, the song ‘Falling Skies’ which is the product of his collaboration with Charlotte Lawrence became the soundtrack of Netflix series ’13 Reasons Why’. YUNGBLUD has been working on the road for several years but in 2017 there was a breakthrough with his debute EP. What describes his work best is ‘hotheaded suburban poetry coming from the younger Arctic Monkeys and Jamie T combined with a hint of ska and hiphop-spirit’.

What’s for sure is that this ball of energy will not stand still on the stage and he will make sure that you can’t either. On january 13th he will perfom at Paard and this is going to be epic! 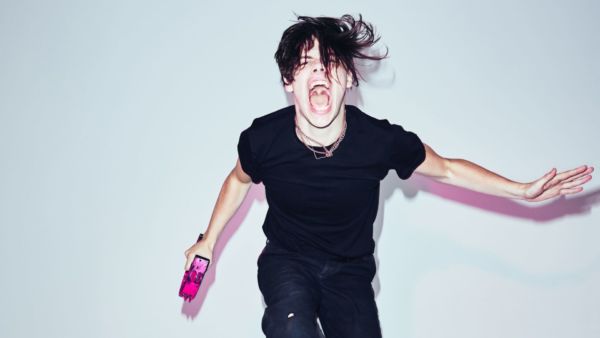