After a blazing start, long ago in another century, Claw Boys Claw has made it clear in recent years that it just won’t work to get in a steady line. It has also been clear since the beginning that the band does not fit a particular style. On june 9th, 2022, they will come to PAARD to do what they have been doing best for almost forty years: performing.

They are outsiders, those guys from Claw Boys Claw. They mock musical laws and transcend genres by refusing to conform to the rules that go with it. In fact, they play right through it. Just listen to the new single The Stone Trembles. John, Peter, Marcus and Jeroen show that they do not only come into their own as the best Dutch live band, but also manage to capture the fire that rages in them in the studio. You can hear that Claw Boys Claw has become increasingly closer in the current and longest existing line-up. And… frontman Peter te Bos sings better than ever.

The Stone Trembles is the first single to be released through Excelsior Recordings and will certainly not be the last. More music will follow and an album will be released in the autumn. Claw Boys Claw has been making a varied mix of raw, dirty, lyrical and psychedelic rock for years. Peter te Bos and John Cameron have been the backbone of the band since 1983. Jeroen Kleijn and bass player Marcus Bruystens complete the line-up.

Due to Coronavirus measures, this show has been moved from 26 November 2021 to 9 June 2022. Tickets already purchased (with the old date) remain valid and ticket buyers should have received an email. If you did not receive an email contact us at [email protected] More information about your tickets, credits and transfers can be found here.

Dutch/German rock band with a penchant for riffs and Nothing But Thieves... 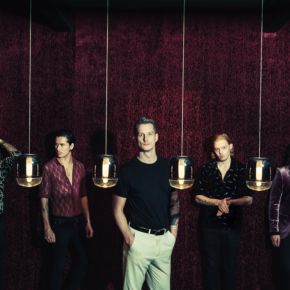