BE YOUR OWN BOSS [livestream]

Be Your Own Boss is the event where we bring creators from the Urban scene who aspire to a certain status or position into contact with professionals who have already reached that point or provide advice in the relevant area. During the first edition we will talk about setting up your own organization / foundation. Are you a maker or do you just want to know how to set up a foundation? Make sure to watch the Be Your Own Boss livestream on Tuesday December 1st on our Facebook.

GUAP also known as General Urban Arts Platform is committed to Urban makers in The Hague area. By offering visibility and seeing their supporters with the necessary knowledge, they want to take the Hague Urban scene to a higher level.

Manu van Kersbergen
Manu van Kersbergen (1984) broke through nationwide as a word artist with his album ‘The curse on abundance’. In the Netherlands and Belgium he has already conquered many stages with music, spoken word and other forms of linguistic performances. As a maker and independent entrepreneur, Manu has designed several concepts. He was, among other things, presenter on the radio program SPOKEN at FunX, editor-in-chief of the literary magazine SPUNK and directed documentaries for VICE.

Lucien Kembel
Lucien Kembel studied law at the VU University in Amsterdam and became a cultural manager. He was, among other things, business leader and director of companies with an urban and multicultural slant such as Toneelgroep De Branding, Made in da Shade, Cosmic and MC. Lucien now continues the management and programming for Theaters Diligentia & PePijn.

Renee Trijselaar
Renee Trijselaar has a background in Theater Studies and is a black belt in Lean Six Sigma. She was director of Cameretten, interim director of the HipHopHuis, interim artistic director of Zuidplein theater and has been active as a consultant in the cultural sector under the name Well Played for years. She advises various funds and institutions and is known for her network, fast connection thinking and organizational talent.

Nike Ayinla
25-year-old Nike Ayinla studied international law and is the founder of Orisun Studio. Orisun facilitates meaningful projects in the creative industry. An example of a project is Homegrown. An awesome video series that combines musical live performances with design, fashion and visual art. The aim is to put the creative spirit of young innovative artists on the map. In addition to Orisun, Nike develops programs at the National Theater.

Fazle Shairmahomed
Fazle Shairmahomed is a performance artist and dancer, who mainly creates decolonizing rituals, in which he transforms the relationship with the spectator, and challenges understandings of inter-sensoriality. Often he refers to problematics concerned with the politicization of his body as a Dutch Surinamese-Hindustani Muslim queer man. 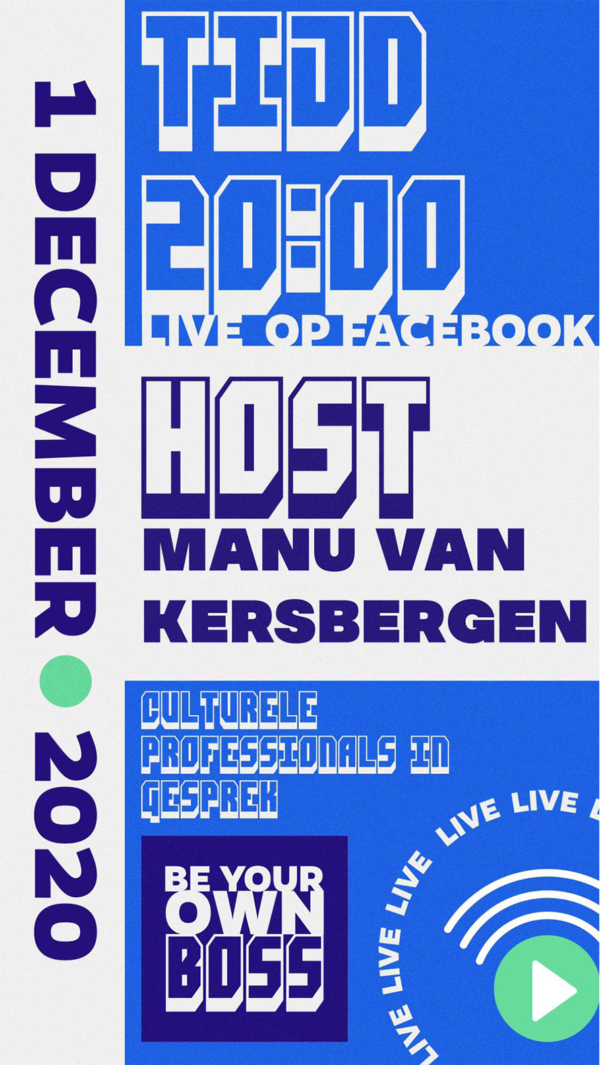