Twin Peaks bring a high dose of energy with their recognizable indie songs, played on rattling guitars. The times that the five men only played happy, jumpy sing-alongs are over on their new album: Lookout Low. What will an evening of Twin Peaks bring? Think of the feeling of brotherhood you can hear on Exile On Mainstreet by The Rolling Stones, a band where Twin Peaks get a lot of inspiration from. Also think of choruses that are easy to sing-along to and think of catchy guitar tunes. Nostalgic sounds played by young guys. The tour will bring the men to PAARD on February 15th 2020. We’ll sing along!

The band has been performing for almost 10 years now. They’ve been the support-act of big bands like Cage The Elephant, Spoon and Wilco and played at some of the biggest festivals of America (Lollapalooza & Coachella). 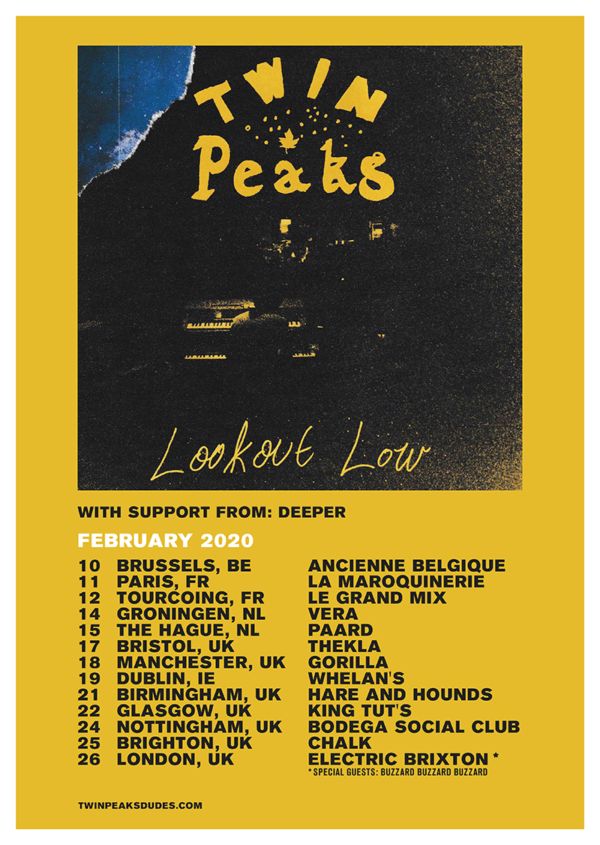