The pop-jazz phenomenon is making its return to live performances with a celebration of the new Roaring 20s touring the US, Canada, UK and Europe and PAARD is featured too!

On April 15, 2022, the wait is finally over and Postmodern Jukebox, the time-twisting musical collective known for placing “pop music in a time machine”, will make the 20’s roar again! The Grand Reopening Tour, starting in September, will bring PMJ back to an exciting music-starved audience across the US, Canada, UK, Australia, New Zealand and Europe, with some of modern music’s greatest hits in the classic styles of bygone eras.

Scott Bradlee’s Postmodern Jukebox is back for Season 3 with an incredible cover of No Doubt’s “Don’t Speak”, featuring Haley Reinhart released Thursday, September 16th. Fans will remember Haley from “Creep”, which has been streamed over 150M times across all platforms. More recently, the cover of “Habits” has gone viral on TikTok, leading to an 1,831% increase in Spotify streams alone. Additionally, Postmodern Jukebox cover of the Friends theme song has been one of their more successful social assets selling tickets, alongside “Wannabe” by Spice Girls, which has never before been used to promote a live PMJ tour.

Throughout the pandemic, engagement has soared for Postmodern Jukebox – adding nearly 1.5 million followers across socials since March, representing a healthy 20% boost overall. Thanks to TikTok virality, “Habits” has become their most popular video next to, “Creep”– an instant classic for PMJ fans old and new. “All About The Bass”, ‘’Closer”, and “Seven Nation Army” round out the Top 5 most popular videos of the moment, helping creating new inroads to touring by gaining fans daily.

For the Postmodern Jukebox you also have the chance to purchase a VIP package for exclusive meet & greets or a signed poster of the members of the band! These are the packages: 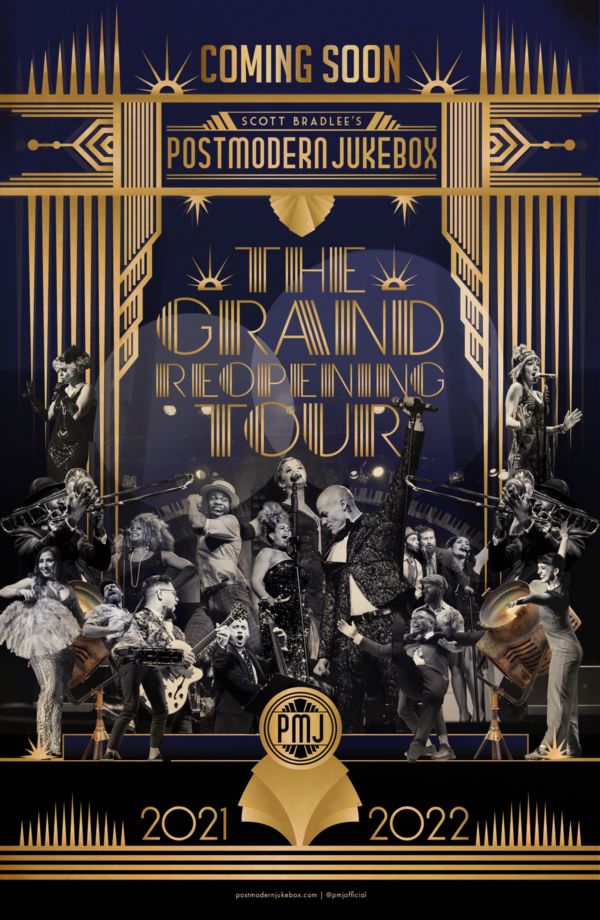 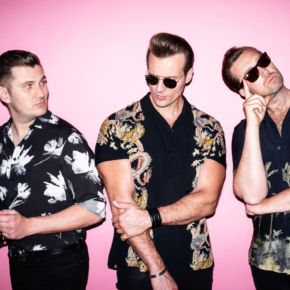