In addition to being a great guitarist, John Abercrombie was a gifted composer. His duo with Ralph Towner and the John Abercrombie Quartet (with Michael Brecker, Peter Erskine and Marc Johnson) are well known. Later also the duo with Marc Copeland. John can be heard on more than 65 albums. His intuitive, melodic and profound harmonies give his compositions his personal signature. This can be described as contemplative, sensitive and, as he described it himself, ‘not in your face’.

The John Abercrombie Tribute is presented in collaboration with ProJazz.

For Ed Verhoeff, John was an important inspiration and ‘direction indicator’ during his studies at the conservatory. It was in the same period that Ed was asked by Hein to be part of the ‘European’ Baseline. This as a shadow band from his American counterpart. This led to an intensive collaboration with Hein. This lasted from 1990 to 2010 (the year in which Hein decided to leave for South Africa). An absolute highlight in this collaboration is a series of concerts and the CD recording of ‘The Guitar Album’, in which both Ed and John were part. 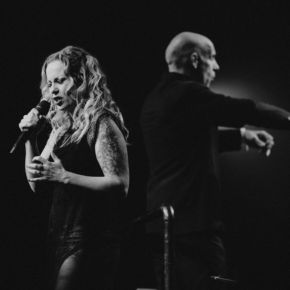