Big Hall
Canshaker Pi
The Amsterdam based band is the love child of Pavement and the Jackson 5 infused with Red Bull. Garage rock that rattles, rumbles and doesn’t stay within the lines, like Pavement and Teenage Fanclub did. They will turn up the crowd at Lowlands before they get wild at Paard van Stal.

Modern English
Old rots? No way, Modern English, the new-wave/post-punk sensation from Essex, is still standing strong. Hits ‘I Melt With You’, ‘Hands Across The Sea’ and ‘Ink and Paper’ all have, except for a dose of Joy Division, also more friendly pop influences like Duran Duran. This is what the British really can do best.

Mauskovic Dance Band
There are a lot of acts you can dance on for this edition, but the Mauskovic Dance Band gives you the ultimate guarantee you will dance: be mentally and physically prepared for an outrageous, upbeat and hypnotising analogue dance party. This 5-headed band has an obsession with 70s afro-beat and Colombian cumbia, mix that with early 90s New York no-wave and what you get? Afro-Caribbean space disco, baby!

80s 90s Nullies Afterparty
The old and familiar recipe is back after our short summer break! For those who can still remember the cassette tape, who have seen Sixteen Candles and The Breakfast Club, who can still dance the Carlton (Fresh Prince of Bel Air) dance effortlessly or were live at the Justin / Britney break-up. Dance the night away in Paard, lets go!

Small Hall
Niko
Niko is the founder of psychedelic slacker and it sounds a bit how Kurt Vile would’ve sounded when he was born in The Hague. ‘’With dashes of Brian Jonestown Massacre and Jacco Gardner it is a true psychedelic attraction’’, thus The Daily Indie. Niko isn’t rushing anything and also asks you not to, although you will close these guys in your heart real fast.

Dandana
The afro-oriented band Dandana debuted on the Paard stage during State-X New Forms festival and we love to see them back ever since. The group worked with Fily Dioma (the West-African ‘Jimmy Hendrix’) and knew how to make their drone-groove even more contagious. You hear their love for music in literally every note.

EUT
With a Swedish talent for melody, a German feeling for rhythm, French flair and British bravado, they know how to take you along with their energetic live show. Nineties-inspired rock songs with whining guitars and an overload of ideas, so fierce you will jump around with a huge smile from beginning till end.

Conjunto Papa Upa
This British-Dutch band has a sound like no one else has. Throw psychedelic tropical surf in a blender with rock and samba and you have Conjunto Papa Upa. With their lo-fi guitars, psychedelic organs and Venezuelans polyrhythmic grooves they give that African touch. As hard it is to pronounce, as easy it is to move your hips on this band.

WWWater
The singer from Gent with Caribbean roots invites you to a world filled with samples, storytelling vocal lines and danceable beats. WWWater is the minimalistic electronic-project of Charlotte Adigéry. WWWater had the best diving board imaginable thanks to the Soulwax-brothers: a banging feature on the soundtrack for the film Belgica during performances at festivals like Down The Rabbit Hole.

Paardcafé
Certain Animals serves dirty rock with a dash of psychedelic. After 25 shows during Popronde 2017, the trio from Rotterdam is ready to attack the festival fields this summer as they play at, among others Zwarte Cross, Oerol, Bevrijdingfestical, Big Rivers and more. Their home studio recorded 12’’ Vinyl EP ‘Down The Rabbit Hole’ is released in September. There are multiple release parties (Rotown, Rotterdam and Sugarfactory, Amsterdam) but they will entertain us first at Paard van Stal. 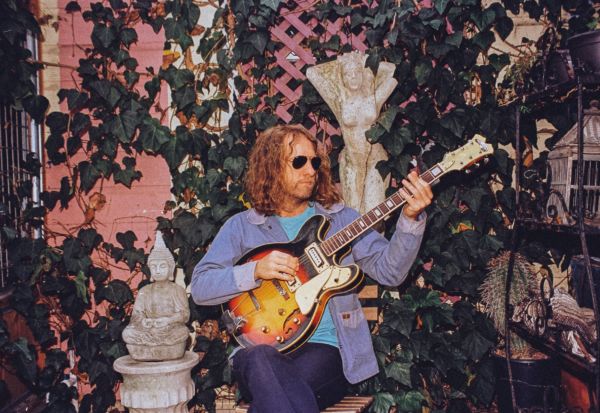 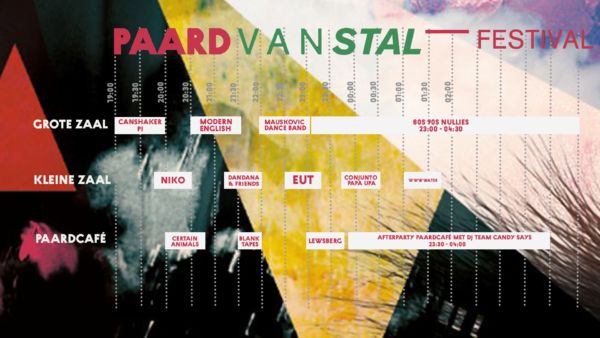