The British postpunk Gang Of Four have been armed with scratchy, read: scraping, guitars, nice bassriffs and lyrics that can cut through paper with subtle social criticism. Militant, intense, transverse and yet very swinging. Guitar player, songwriter and singer Andy Gill is that man that can call himself the leader of the Gang Of Four; the man that is praised as innovator and is very often copied by the rest of the world. Because, although the band never actually had commercial succes, they were a big influence on the funk- and indieheroes of today; it seems like the bass guitar has been passed on directly to Flea from the Pepper and also Franz Ferdinand seems to have listend to the music of GOF as well.

The cd ‘Entertainment!’ (1979) is a classic that gets rated with a 9.5 by Pitchfork, but in this decennium too Andy comes with excellent records. In 2015 ‘What Happends Next’ saw the light of day. OOR magazine called Gang Of Four ”A relief, even in the current musical climate.” And: ”This music screams for performances,” Reason enough to get this band to Paard the 25th of october. Dancing and sweating to the filthy, rough punkfunk.

Guitar player, songwriter and singer Andy Gill may call himself the leader of Gang of Four. He was praised as an innovator and copied all over the world. And now, 40 years later, his creative brain still works how we are used to. Gang of Four has released a new song with the one and only Ivanka Trump. Ivanka is quoted in ‘Ivanka (Things You Can’t Have)’ and they give taste of their new ucoming ‘Complicit’ EP, which you can expect this summer. 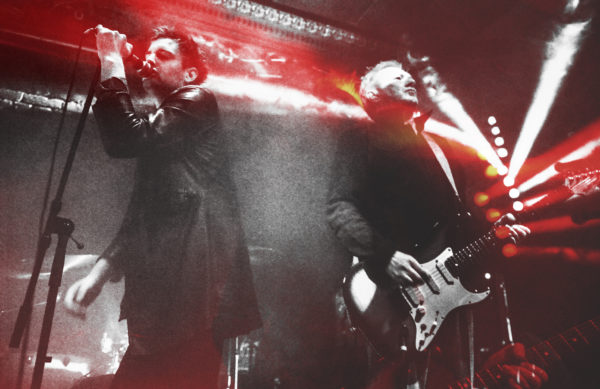