A Johnny Cash tribute show with swing, ambiance and rebellion of the legendary American outlaw: leave that to Def Americans! The songs that Johnny Cash himself played with so much love and clarity are brought back to life. Def Americans is a musical tribute to the Man in Black, Johnny Cash and is named after Johnny’s last recording label Def Jam Records/American Recordings.

The band is known for delivering the songs of The Man In Black exactly the way they were meant to be delivered, with the the same boom-chicka-boom sound that goes so well with Johnny’s voice and that is immediately recognised around the world, even before Johnny starts singing. In February this year they played a show at Paard and on 23 march 2018 they are back with a new show.

Dancers take on the elements ... 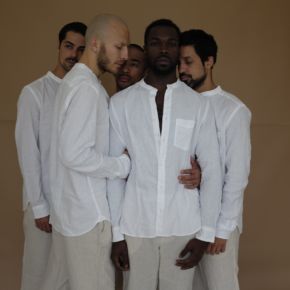