Corona information: In addition to your regular admission ticket, you need a corona admission ticket (QR code) that you must show in the CoronaCheckApp or you can make a printout via CoronaCheck.nl. You must be able to show this in combination with your proof of identity. Look here for more info. Please note: a separate vaccination certificate, the yellow vaccination booklet or separate test results do not apply. You really need to generate a QR code in the CoronaCheckApp.

When entering the Dutch music scene out of nowhere in 2019 with their debut EP and infamous appearances at Wildeburg and Lowlands, Goldband has rapidly conquered the hearts of many Dutch and Belgian fans with their signature electro-pop sound and famed live reputation. After dropping a second EP and a variety of tracks their official debut album ‘Betaalbare Romantiek’ is now here. Including previously released singles ‘De Wereld’, ‘De Langste Nacht’ and ‘Noodgeval’. This’s going to be a party you don’t want to mis. 16 November PAARD.

Betaalbare Romantiek is a genre-transcending record which takes you from rave to romance and back. Within 14 tracks Goldband continues on their signature electronic pop sound in which subjects like love and nightlife are ever present. While at the same time the Hague based band does not shy away from exploring big topics like death, parenthood, depression and the current state of the world. Although approached in their ever authentic relativizing way.

As one of the few acts that have made a breakthrough despite the pandemic, Goldband has had more gigs cancelled than they have played yet. In the meantime Goldband has continued to release new music and had several radio and TV appearances (QMusic, 3FM, Radio 2, Jinek, Serious Request a.o.) over the past year. 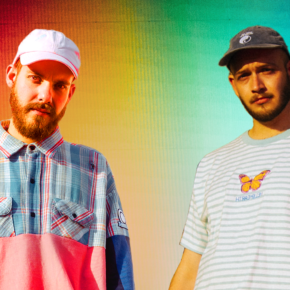 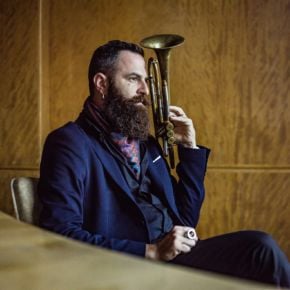