This show has been moved from the 4th of July 2021 to the new date of the 3th of July 2022! Ticketbuyers have received an e-mail!

Daniel Romano is an insightful, subtly witty, and prolific Canadian singer/songwriter whose music reflects a mix of Nashville’s countrypolitan era, ’60s psych rock, and a host of other eclectic influences. Several styles, mixed up to something authentic and different to what you already know. Romano’s music sounds like that of a protestsinger who wants to take a stand against injustice in the world. The Canadian singer has been compared to Bob Dylan and other country/folk-stars, but is also influenced by more modern, less folky, acts. We already saw him play at Sniester festival, but on July 4th Daniel Romano will play our Kleine Zaal.

Daniels newest album How Ill Thy World Is Ordered is his ninth (!) studioalbum of 2020. But that doesn’t mean it’s of lesser quality. On the contrary. Almost every song makes impact and sounds more urgent than ever, from the titeltrack to ‘First Yoke. Partially thanks to the good collaborations with his band, and strong arrangements, the record sounds almost better than Romano’s previous work. Furthermore does it seem that in the current era of chaos and uncertainty, a voice has risen. A voice who asks the questions about the current state of our earth. ‘Oh, how ill thy world is ordered’.

Carson McHone is an American singer-songwriter and musician from Austin, Texas. She has released two records; a self-titled EP in 2013 and a “Goodluck Man” album, released in 2015. In August 2017, Rolling Stone magazine named McHone one of the “10 New Country Artists You Must Know”. On October 26, 2018, McHone released her second full-length album Carousel on Nine Mile Records. Rolling Stone Magazine selected Carousel as one of the “40 Best Country and Americana Albums of 2018”.

With Daniel Romano’s new album ‘Cobra Poems’, the group focuses on a more collaborative, electric approach while cementing Romano’s status as a singer-songwriter at the peak of his abilities. Imagine yourself in harmony, joy and in love with Romano’s new album. 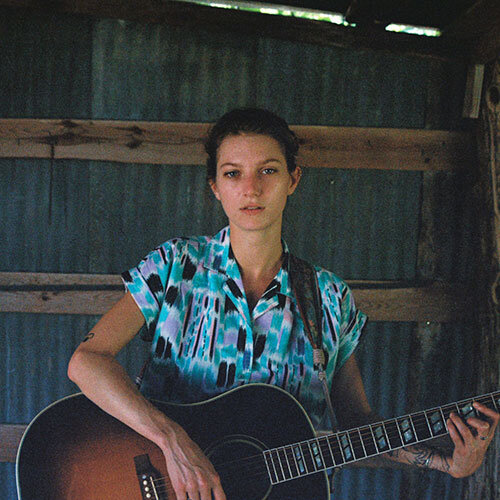